This could get confusing… 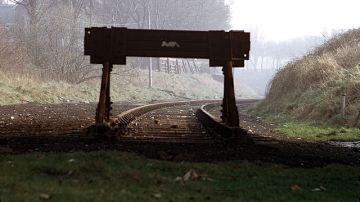 1. something or someone that helps protect from harm,

2. the protective metal parts at the front and back of a train or at the end of a track, that reduce damage if the train hits something,

3. a chemical that keeps a liquid from becoming more or less acidic

…or in this case, none of the above, because I’m referring to network buffers.

For a long time, larger and larger network buffers have been creeping into network equipment, with many equipment vendors telling us big buffers are necessary (and charging us handsomely for them), and various queue management strategies being developed over the years.

Now, with storage networks and clustering moving from specialised platforms such as fibre channel and infiniband to using ethernet and IP, and the transition to distributed clustering (aka “The cloud”), this wisdom is being challenged, not just by researchers, but operators and even equipment manufacturers.

The fact is, in lots of cases, it can often be better to let the higher level protocols in the end stations deal with network congestion rather than introduce variable congestion due to deep buffering and badly configured queueing in the network which attempts to mask the problem and confuses the congestion control behaviours built into the protocols.

So, it was interesting to find two articles in the same day with this as one of the themes.

Firstly, I was at the UKNOF meeting in London, where one of the talks was from a research working on the BufferBloat project, which is approaching the problem from the CPE end – looking at the affordable mass-market home router, or more specifically the software which runs on them and the buffer management therein.

Second thing I came across was a great blog post from technology blogger Greg Ferro’s Ethereal Mind – on his visit to innovative UK ethernet fabric switch startup Gnodal – who are doing some seriously cool stuff which removes buffer bloat from the network (as well as some other original ethernet fabric tech), which is really important for the data centre networking market with it’s latency and jitter sensitivity, which Gnodal are aiming at.

(Yes, I’m as excited as Greg about what the Gnodal guys are up to, as it’s really breaking the mould, and being developed in the UK, of course I’m likely to be a bit biased!)

Is the writing on the wall for super-deep buffers?